While all eyes are glued to Massachusetts and the Brown/Coakley race; coming due this coming Tuesday; what about California and Sen. (D) Barbara Boxer? This race had two Republicans vying to run against Incumbent Boxer, as the link below highlights.

Former Hewlett-Packard CEO Carly Fiorina and state Assemblyman Chuck Devore, were the two Republicans. Both Republicans have been cutting Boxer’s lead over them in half; with Fiorina the frontrunner just 2 points down.

This is where it gets interesting and the connection, however loose it is tht I make to Terri Lynn Land. The article says this about the newcomer Campbell to the Republican Senate Primary.

{As for Campbell, the ex-congressman and former state finance director who on Thursday quit the governor’s race to jump into the Senate contest, Boxer leads him by just four points, 46% to 42%.}

Here was a gubernatorial candidate that pulled out of the race and entered this very High Profile Senate race; he obviously thinks he can win against Fiorina and Boxer. The fact that he is only down 4 points to Boxer and 2 to Fiornia lends credibility to that claim.

Californians have an independent streak. Examples abound. They voted for Obama over 61%. After voting that liberal, the poll above states that Californians now think the state should go bankrupt before taking a gov. bailout. How you can reconcile an Obama anti bailout ticket. Go figure. That’s California and what makes politics so interesting.

Now if you remember in Michigan Terri Land was running for Governor, then pulled out to team up with Bouchard. Now it’s looking more and more like it will be a Hoekstra and Cox battle with Bouchard eventually falling out of the race. I do not think it a stretch that Terri may decide (or at least has given it some thought) to jump into the 2nd Congressional race. Her name recognition would be there as current SOS and from her previous campaigning for the governorship.

Good or bad for the Party??? I don’t have any facts to back up the above, mere speculating. I am just thinking. It would seem like a golden chance for Terri who served us so well as SOS to do something else.

Then again the Republicans are bursting at the seams as far as good candidates. I wish only that we could muster that quality of candidate for slots on down the ballot.

Oh yeah for you Dems who thought and will try to spin the Mass. race as not being about a referendum on Obama and Liberal policies; and calling Republicans names for thinking such a thing ---- well the mighty O himself isn’t going there to pull the fat out of the fire for You. His handlers are keeping him as far away as possible. He is listening to the echoes of Virginia and New Jersey, not to mention Copenhagen. L Obama L . The link below seems to tell the toll this election may have on the Dems.

Well look at the link below. The O is going to Mass on Sunday, Yup not to pray, well maybe he will be doing some when no one is looking. Boy if Scott Brown wins the spin machines will be burning rubber and not going anywhere for the Dems. They will just make a big stink.

Talk about Transparency in politics. Women's vote --- hey I'm not going there.!!! 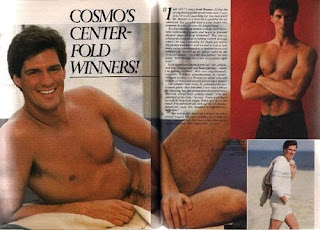 Come 2011 as the Freshmen Congressmen and women walk up the aisle to take their newly won seats; they will be walking on astro turf of Pelosi Reid and Obama's making. When Speaker Boehner and Cantor sit down with their majority they will all be sipping some strong Boston vintage tea.
Posted by live dangerously at 1:34 PM