In the Conservative Trenches We Look to Leaders

What can I say.

When change is needed we need leaders

Chris Christie governor of New Jersey has through his leadership and vision prodded the State Legislature into passing a balanced budget.

Chris Christie has proven himself to be a leader.

What makes this so striking is that out of a 21 billion dollar budget they were short 11 billion. That they made up a 33% budget short fall is improbable enough. To do that by not raising taxes and mainly from cutting spending is a feat not seen in recent memory.

The video below makes clear that they were able to do that only with some bi-partisan support. The unions in the state were running nonstop terror ads about people and children who would be dying if this were to happen.

Guess what, the citizens of the state told their Legislators that they didn't believe the politicians any more and they wouldn't accept more taxes. As Chris Christie in the video said "the system is flawed", and everyone knew it.

The majority of the politicians had for decades bowed to those special interests that benefited when taxes were raised, to cover the short falls in budgets. Mainly unions, mainly public sector unions. The citizens said enough is enough.

In the videeo it was a shock to the commentators to hear the Governor explain how hard it was to get the unions to pay 1 1/2% for their health care when the rest of the workers were paying up to 20%.

The really shocking part to me wsas that I and the citizens in NJ knew that the public union workers were making a good deal more than private sector workers doing the same thing, and yet they whined about 1 1/2 %.

The first 1 1/2 minute is Clinton babbling like he so cutely does then the rest is Christie.

Visit msnbc.com for breaking news, world news, and news about the economy

If we want this to happen in Michigan, we have to get off our butts and help elect Conservative candidates in the primary and then see it through the general election. Then on top of that keep the pressure on them to do what they say. Heck you might want to join a Tea Party or something. (LOL)

We need as conservatives to see to it that Republicans gain in the Senate and win the House back. The near dictatorial powers of the Speaker (Mr. Dillon) needs to be changed. Then of course we need a new Governor.

I've posted before asking if we have any gubenatorial candidate with the chuptza to pull this off. I'm putting my money on Hoekstra - does he have the guts of a Christie?

?????? """????? One thing I'll tell you is that if a new crop of conservatives are elected to the state house to watch his back, Pete may be more inclined to take the really big chances necessary to really change things.

In the 91st (Muskegon) state house we need to electKen Punter in the primary. 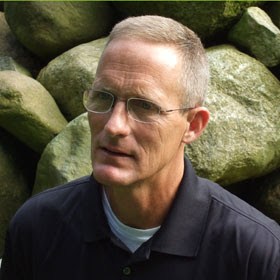 If you feel like you’re at war with Lansing (thanks jDawg) the primary is the chance you have to elect someone who knows how to fight back – a Marine --- vote in the primary for Ken Punter.

If you want a change -- the Primary is all important.

Tired of the same old wishy washy candidates?
Tired of them giving in to special interests, just to get elected?
How about 22 years a Marine, 15 years on the school board ???
You can say Ken Punter knows how to say no to attacks on our Freedoms
Both Foreign and Domestic.

Ken Punter is beholding to no special interests or political lobby, he would not be waiting on the sidelines while a "Chris Christie" type Michigan Governor battled. Punter would be there digging in with the Governor.

Regards, Live Dangerously Be A Conservative
Posted by live dangerously at 2:56 PM 5 comments:

Who Needs This Kind of Help ???

The poor governor of Arizona went to Washington to get help from the President about strengthing the border to stop illegal aliens from overwhelming her state. The President said he would help.

Wow Some help. LOL or should I say

As time went by and nothing was being done to fullfill that promise. Something was done and seemingly the Arizona Governor rues the day she asked for help from this Predident.

Big Help that is. Really Takes the load off, or should I say What a Load.

Sleep tight tonight America as we know how the One is protecting us.

Regards, Live Dangerously Be A Conservative
Posted by live dangerously at 4:07 PM No comments: