Everybody Needs a Vehicle

Everyone Needs a Vehicle. 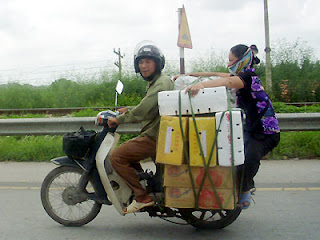 The area of expertise a person really knows about is the immediate area around him or her. All the rest is, as they say based on 2nd hand knowledge and hearsay. As I try to figure out people and things outside my sphere of influence I start to get bogged down. Simply stated I begin to look more at what is written than at the person.

Only when I am able to actually talk with or interact with people can I become better able to judge them.

That brings me to the importance of Bottom Up Politics. While I have opinions on the big moral issues of the time and the “big” people of the time, those opinions are based upon hearsay. Bottom Up Politics has been my vehicle that I needed to get out into my neighborhood and interact with real people. Get to know them. The concept of BUP (Bottom Up Politics) is that only by getting to know your local candidates and politicians and then electing those with which you have firsthand knowledge; will we be able to change the course of government. Politics after all is personal.

If you think that by getting to know your county commissioner or Township Clerk you will have no effect upon the “big” issues you are mistaken. I have been looking at local politics for only a few years now and already the effect has been visible to me. It is at this level that politicians are the most accessible and amenable to the people they represent.

It is at this level too that the seeds of freedom can be best planted and nurtured in our elected representatives by individuals like you and me. While we can lobby and try to change a politicians mind to do what we think best, it is hard and at best only fleeting.

It is at this level and through this winnowing process where future leaders work their way up the ranks to positions of ever increasing power. When we reach out to these future leaders at the lowest levels we will have the most impact.

Recently I went to a Candidate Forum in DeWitt Mi. where all the Republican Candidates for the US Senate seat for Mi. were assembled.

It was here that I heard Pete Hoekstra say that he liked Herman Cain's economic policy called 9-9-9 and that it was a good step towards a Fair Tax. As I watched and listened it dawned upon me however that all the candidates were Republican of course and that they all pretty much were saying the same thing. The only difference was that those new to politics were tearing apart those who were in politics. Those with experience in politics were saying that was a plus and those without experience they felt were not up to the task. The opposite was said by those without experience.

For those running for high office it becomes hard if not impossible to do that. Getting to know the President or Governor is a lot harder than getting to know your County Commissioner or Township Treasurer. Therefore getting back to the BUP idea of seeding the “farm team” of local politicians with honest people as the only way we can hope to influence the future leaders as they make their way up the ladder.

This I realize is also making a case for the importance of experience. However that experience need not come only from the political field; it can come from the business community or anyplace else where the person is tested by “fire” and judged by their peers and the best rise from the bottom up.

I’ve recently moved to a new county and am trying to get to know the people that are my new neighbors. So far I mainly have been getting familiar with those local politicians that will talk with me. I’ve been going to township and county meetings and picking up on the issues and the people championing them that are important to my new area. Those big ideas like green energy and fiscal responsibility are found locally in issues like zoning regs. for wind turbines or the cost of building a new animal shelter vs. remodeling the current one. I can believe that a township official or county commissioner who backs strict zoning regs against Wind Turbines and votes to remodel the animal shelter is the person I would feel comfortable voting for as our next State Rep. Part of that comfortable feeling would also come from seeing that person in action first hand and hopefully talking with them.

In my search for vehicles to get about my new community, I have made contact with the County Party and have set up a County Tea Party. These efforts have made it easier to be in touch with the local leaders. I have found that these local politicians have a good pulse on the public they serve. They know a lot of people in general and the “movers and shakers” in the community.

Locally already I have seen State Reps move to State Senate, and State Reps fighting the good conservative fight. I saw that they had been always fighting that fight through previous government work or in the private sector. The two I’m thinking of each rose in different channels but came through by keeping fiscally conservative.

Their peers had put them where they are. It is up to you and me to keep letting them know that we support them and those efforts, and it is also up to us to help them in whatever way we can to “keep it personal”. The more interaction with them the better chance we will judge them fairly. Here I’m talking about not only financially but the everyday political stuff, the real hands on stuff of politics. Simply walking in a parade with a candidate, or helping one day with a literature drop before elections, or going to or better yet helping them put on one of their events or fundraisers.

Any of these things are important to the candidate and gives you the inside look at the person and how they work. This always helps me to decide whether they are honest and their actions match up with their words.

For example recently I and a few others helped out the County Republican Chair putting on the annual Bratt Fry.

It was mainly grunt stuff, putting up banners, and stuff like that. Simply though by volunteering this turned into a great vehicle through which to meet the leaders of the community. I was able to talk with a Circuit Judge, former long time Republican County Leader, plus State Senator and State Rep and our US Congressman, plus other friends from the Tea Party and Republican Party. It was here that I was able to ask Congressman Huizenga what he thought about Pete Hoekstra supporting Herman Caines 9-9-9 policy. As the Congressman said he liked the idea too, you could almost see the wheels turning about how that might sound. How Herman Cain might not be his cup of tea, or how that might fit in with supporting Mitt Romney. He then added that he personally liked the flat tax better. I give this one example to show how interconnected events get as you delve into politics and your community and important it can be to learn to better judge the issues and people around you.

These methods are all vehicles which I use to learn my community. The highest octane gas that fuels these vehicles I have found is to simply ask yourself, “What Can I Do Today” and then ask someone “How Can I Help”. Be sure to ask it humbly and simply as you’re capable, but be prepared for the change in direction within your life. That can become a life changer, a lifelong journey.

Money too is a vehicle. It is simple quick and easy. Everybody from Political Parties to Candidates to the individual Citizens use it. That’s why it’s easier for you to simply give money to someone or something and easier for the organization or candidate to ask for money. What with the digital age and credit cards/paypal etc nobody has to touch anyone or anything.

Which vehicle however do you think is better for our Country? Which vehicle would you rather have driving the economy, Citizen Involvement or Money? People or money?

It’s time to pick a vehicle now while we still have a free choice.

Regards, Live Dangerously Be A Conservative
Posted by live dangerously at 8:02 AM No comments: