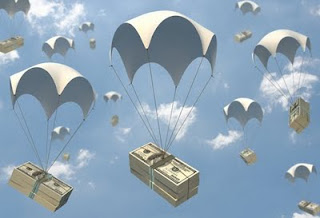 The Republicans have finally closed the funding gap with the Democrats in this cycle of elections on the national level.

In 2006 the Dems raised over $200 million more than the Republicans.

This year according to the latest figures the Republicans have spent nearly $90 million more than the Dems.

We all have heard on the news the recent flurry of complaints from leading Dems about how they are being outspent.

Politico in its article by Jeanne Cummings entitled, “Dems Getting Outspent? Not so fast.”, points out how this cycle there seems to be a pretty level financial playing field compared to recent elections where the Dems out spent the Republicans by a wider margin.

The Republicans in the past whined and cried just as loudly as the Dems are crying now. That’s human nature I guess. The important point in this all is to understand that the “Will of the People” is driving this difference.

Of course the big unions and big business will put in huge amounts, they always have one way or another; it is the donations from the “Will of the People” that has tipped the scale in the last few elections.

If you think that’s not the case Remember -- http://www.washingtonexaminer.com/opinion/blogs/beltway-confidential/Massachusetts-The-Scott-Brown-moneybomb-keeps-exploding-81539122.html
In a sense that Money bomb as the article presciently reminds us, is still exploding across the country. This was a Tea Party fueled event. It is my contention that the Tea Party is the driving force behind this recent Popular Uprising on behalf of Republicans and the recent fullness of their war chests, and the rise of third party groups backing the Republican/Conservative cause.

You may call me naïve; however it seems the ultimate in naiveté to think that this popular uprising nationwide has not had any effect upon business. Do remember the way the Liberals have blackmailed and coerced business into a position where business has been afraid to show support of anti liberal causes. This popular uprising has allowed the business community to come out of the “Conservative/ Free Market Closet” and stand up for what it believes in nearly as openly a way as the Liberal/socialist groups have been fighting for theirs.

Think not? Think that Liberals don’t want to take over and control all business?
As Spock would say! Remember. 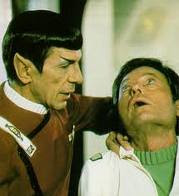 Remember Maxine Waters and her slip of the tongue as she was haranguing oil execs? This was before the 08 election, as the video explains and asks what will happen if the Dems gain control. Again a case of prescience, or simply a correct reading of the writing on the wall?


Following through with this Maxine Moment and the idea of Socializing and “taking over all your businesses” not to mention of small business and minority businesses having to come and kow tow to the government to get loans, I am reminded of Hyek’s great book The Road to Serfdom.

The “Will of the People” is rising again as in 1776 or 73 (snicker) when the partying began. We fought for our right to govern ourselves and not have a King do it through his feudal lords in front of which we would have to grovel and ask to do what we wanted. Now we are being put in the same predicament, a group is trying to rule our lives through onerous legislation and regulation. Instead of calling themselves Lords the bureaucracy is now calling them Czars.

For example on a personal scale where I live I have to grovel in front of a government employee if I want to change the color of my house and guess what? I also have to pay a fee to this feudal lord to help protect the system. If I find a good used toilet and want to install it, I again have to grovel and pay $45 for the privilege in my own house. Recently my grass was too long and the city charged me $135 to cut it. I live on a 50’x35’ sized lot and my house is roughly 35x 30’ – not much to mow. The list goes on and in Mi. the government is trying to take over control of our own personal well water from which we drink. But I digress. lol

The 2010 election lays the groundwork to Take America Back but the 2012 election is when the real work of repealing this mess can truly start. We have two years to do all we can to make that happen. To prevent the election fraud we need to apply to become poll workers in all contested polling precincts and also poll challengers/watchers. We need to find and back good conservative candidates willing to do the hard work and make the tough political decisions necessary to Take America Back.

Warning if you think the 2010 election is getting nasty, wait until the Liberals lose this one and they see their power being actually taken away --- Well I wouldn’t be surprised to see what we are seeing in France erupt here.

Thank God, the Tea Party has usurped that anger for now at least. But after this election and the Left in 2012 facing a loss of power, their antics up till now will seem like child’s play. If the conservatives have the ability to keep the “Will of the People” on their side by sticking to their principles and making things better, we will be able to ride it out if not???

I for one will do what I can to help keep the political Conservatives in line with the “Will of the People” through The Tea Party or any other vehicle I can come up with. I am ever hopeful and remain ever vigilant.

Regards, Live Dangerously Be A Conservative
Posted by live dangerously at 7:58 AM No comments: